Model UN is about Modeling the United Nations, we try to solve world issues as if we were the UN. We did Model UN to help us learn about, understand and brainstorm solutions to current events. Our MUN was on the topic of The Syrian Refugee Crisis, I was Canada in Committee #6.

Canada is located in the north west, in North America above the United States. Canada's government is a constitutional monarchy, a parliamentary system, a federal monarchy and a representative democracy, their current prime minister is Justin Trudeau. Canada has been positively affected by the refugees coming into their country. Canada has let in over 40,000 refugees and is planning on accepting more, the refugees have had a positive impact on Canada's economy. Refugees are quickly becoming taxpayers which is increasing the population and helping sustain the nationwide health system. Canada also has a "Syria Emergency Relief Fund" and has contributed money to development projects in the countries surrounding Syria. Many families in Canada have decided to take in refugees. 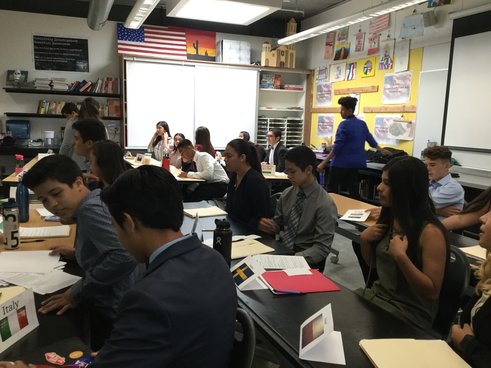 The article I found most helpful during my research was:
Canada's Response to the Conflict in Syria was really useful to me because it gave me direct answers to what the conference was actually about, so it helped me make my argument. I found this article because one of the other people that had Canada shared the article with me. I learned that Canada sent money to development projects from this article.
This is my Position Paper; I changed a lot between the drafts, the most was my works cited and how to organize it. Helpful pieces of critique I got were mostly from the other people in 10th grade that got Canada, they helped me fact check and helped make sure I stayed in my countries role. They helped me improve my piece by making it sound more professional. I'm most proud of my resolutions because I think the solutions are possible and the paragraph sounds really professional. 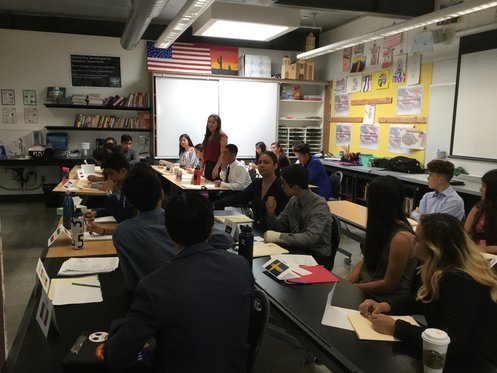 This is my Opening Speech;  I didn't change a lot between my first and final draft, I just added a few statistics and tried to make it sound sadder in the beginning. My critique with Sam, Ana, Sydney, and Luz was really helpful, they helped me back up what I was saying with statistics and make my intro sound more meaningful and I think that made it sound more inspired. Something I would change about my Opening Speech would be to do my full one and not talk so fast, because when everyone else had gone up to say theirs, mine seemed really long and I hadn't had the chance to time it so I cut some of it down, and I always talk really fast when I get nervous so I wish I would've focused on talking slower instead of the length of my speech.
My experience during the conference:
Personally I'm most proud of speaking as much as I did because I did't really know what I was going say after the opening speeches. So I'm glad that I could contribute more to the conversation.
I'm proud that my committee all came together on one resolution and that every country contributed, but then we found out that it was really unrealistic for every country to agree on one resolution but we still came up with two.
Something I would do differently would to be to focus more on my opening speech, like timing it and trying to speak slower.
I think to help students be better prepared the teachers should explain how to write resolutions and voting bloc better and also a lot of people didn't know that you can pass multiple resolutions, so I think that's an important thing that people should know.