​My favorite group problem we did this yeah was the King Arthur Problem. The King Arthur problem starts with knights at the round table, King Arthur starts with chair one and goes around the table saying in, out, in, out, so every other chair is out. King Arthur keeps going around the table until only one knight is left and that is the knight that wins. Our goal was to figure out a strategy to figure out which seat would win with any given amount of knights. I enjoyed doing this problem because we actually got to go outside and do a demonstration of it. Our whole team went outside with chairs and we had to try to calculate with the amount of people which chair would be the last one standing. And Mr. B ran around counting people in and out. It was really cool to be able to see and be apart of it instead of just drawing it out on paper.

This year I’ve really struggled with exponents and logarithms.
I think I’ve struggled with these two content areas because the answers are based off of rules, and I did really well with logarithms during the unit because I had memorized the rules and practiced a lot and knew what to do. But since I hadn’t practiced the rules I didn’t remember what to do for each different problem. So I really only struggled with logarithms on the test because I didn’t practice enough to really remember what to do. For exponents I have been struggling since last year, just because what typically happens is that I get through the first step, but then I don’t remember the rules for what to do after. I’ve tried studying the rules and I’ll have them written on my cheat sheet but I just don’t know what to do or when the exponent has been simplified enough.

Math: Past and Future

I have changed as a student this year by gaining motivation and a different perspective on life after high school, as a student, for me. Going into junior year I knew it was going to be the hardest, stress management, time management, testing, volleyball, figuring my life out, I knew there was going to be a lot on my plate. I think I started the year off really strong, but after first semester when the SATs became more of a reality and I felt more pressure to figure out what I wanted to do I think I just lost motivation. Junior year requires a lot of hard work and I was taking all honors classes and I felt like I was stressing myself out and killing myself, and then I realized for what? I didn’t have any goal really, anything to work towards. I knew I wanted to go to college, but where, why, what did I want to study? What did I want to become? What if I do all of this hard work and I can’t figure it out. So I became really unmotivated it was like I was working towards something, but not something I was excited about. So I think I had a really rough time before internship and after the SATs like okay I have these scores I studied for the test, but what now? I didn’t really care what work I was producing anymore I just wanted to get it done so I could go to sleep or watch netflix, I didn’t want to think about college anymore. It was really hard for me to want to come to school because I felt like it was just pointless stress with no ending. I didn’t know if I even wanted to go to college if it was just going to be another 4 years like this. I stopped using my planner so I was unorganized and didn’t do a very good job of planning at all. And my thoughts about internship were great, I get to take a break from school and when I come back it’s over. But during the course of my internship I learned so much, I met so many people in the office that weren’t just doing their job for money, they genuinely cared about the work they were doing and wanted to do it.
When I did my mentor interview with Francine she talked about how, when she was in high school, she thought she wanted all these things and she felt like she was on everyone else’s timeline and I could really relate to that. There have always been high expectations for me to go to a really good college and become a doctor or a scientist or president from my family. So growing up I thought I wanted to be a lawyer but I was just saying that to make them proud and I figured that being a lawyer seemed okay enough, but it was never really something that I was crazy excited or passionate about and just over internship I realized how important it is to have a career/major that you’re passionate about. Francine kind of just told the normal way of doing things to wait. I really admire her because she knew what she wanted and she did it. Everything worked out for her. Interviewing her really helped me have a different perspective on finishing high school and going to college. The reason she enjoys her career so much isn’t because it’s just one thing that she’s super passionate about and she wants to do that one thing for the rest of her life, but she likes it because it combines a lot of things she’s passionate about and meets her skillset. Literally this interview totally shifted my mindset I didn’t know why I was so rooting in thinking that I had to find one thing that I wanted to learn about for 4 years and then go into a career for the rest of my life and not get sick of it. But hearing that I can just find something that I liked and I wasn’t going to be trapped into one career for the rest of my life made me really excited actually. And I went home a told my mom and we went on a college website and looked at the majors and I found some that actually look really interesting and like all the stuff I liked rolled into one. So now that I’ve looked at some majors that I can see myself being perfectly happy in I feel like I have something to work towards, something I’m excited about. It’s not just school, school, school, school, but I looked at some of the classes I could be taking in college I feel like that makes it more real to me and I can visualize those things. So basically motivation in class/school/with school work is how I have grown as a student.
Next year I’m going to take calculus because I want to challenge myself to improve more in math and also be prepared for college and build up my study skills. Mr. C told us that we would be fine if we felt that our algebra was strong and I feel like this year I did a pretty solid job with algebra so I hope I’m ready.
My plan to be successful in math is to have a good study group that I can learn and be productive with, I also want to go into calculus with the mindset that I want to focus on improving and not being perfect right off the bat. So I really want to go in with a growth mindset because I know my first test probably won’t be an A but I want to continuously improve throughout the year and hopefully have an A or a B by the end of the semester.

I enjoyed honors this year because I feel like it was a good mixture between challenging content and having freedom to do your own project. I liked that there were honors portions on the packets we would do so that I could learn more advanced problems, but I also liked showcasing what I learned through any medium that I wanted to do.
I learned that I probably shouldn’t work with my friends because towards the end when we had to do revisions it was really hard to schedule time to fix it. I don’t think they really took me seriously because they’re my friends but I think maybe I should start to do projects by myself if that’s an option so that I can do my best work and not have to always schedule or consult with other people. 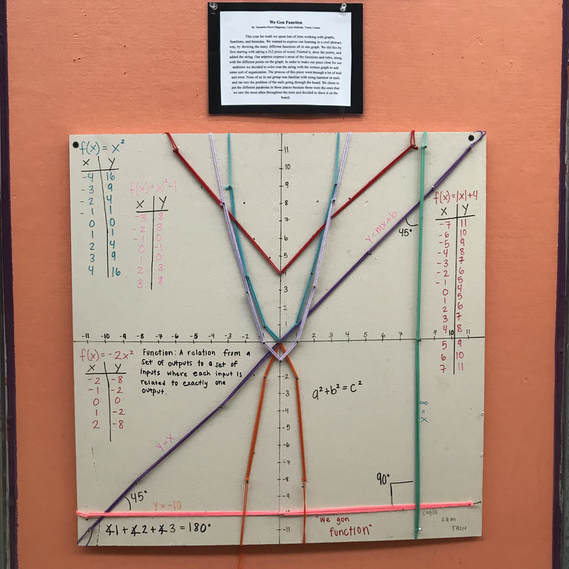 My only suggestion for honors next year would be to have more SAT prep through honors. Like maybe have a weekly SAT prep packet that honors has to complete outside of class, so that honors students are also learning more challenging content for tests while preparing for the SAT.